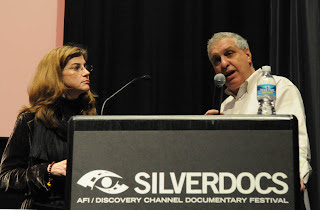 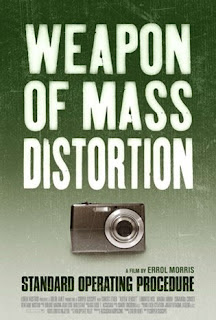 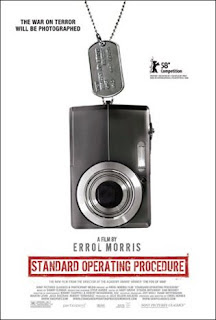 Following the screening, i had a nice opportunity to chat at the reception w/ Silverdocs programmer Skye Sitney, Silverdocs director Patricia Finneran, Heavy Metal Parking Lot director Jeff Krulik, and Errol Morris himself. Many thanks to Silverdocs for the invite.
Posted by Brian Liu at 11:41 PM No comments:

Hip-Hop in the City of God at National Geographic 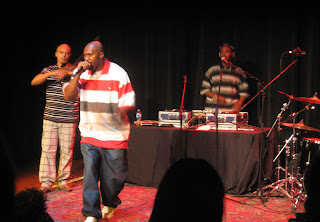 Most notable was Sol Guy from 4Real who started out as a young canadian rapper, then record label slave, then record label exec, who one day got the opportunity to film in Sierra Leone. This experience opened his mind and changed his life and mindset forever. He couldn't understand how these impoverished people and child soldiers at war idolized the hip hop world, while the actual hip hop world was at home, "wearing $10,000 around his neck to show the world that he was 'a man.'" Sol eventually joined forces with his friend Josh Thome, who also felt burnt from his experiences working in the NGO world, and created 4Real, dedicating themselves to using media for social purposes. 4REAL takes high profile U.S. actors such as Cameron Diaz and Casey Affleck and musicians such as M.I.A. and Flea on a global journey, connecting them with innovative young changemakers who are using art and culture to radically effect positive change in their communities and to EDUCATE the world. They showed us more video clips of Joaquin Phoenix in the Brazilian Rainforest, Mos Def with MV Bill in the City of God slums in Brazil. A live performance by MV Bill closed the night.

To be honest, we've seen all this before... in fact, I've seen all this over and over again... So what makes this group of people different from all the rest of the bullshit artists making a buck off of being poitically correct? Im not sure, but i think hearing what Sol Guy had to say, speaking his free mind, regardless that he was on a stage speaking on a panel in Washington DC at National Geographic with Chuck D, being taped in front of a live audience of 400, gave me the feeling that his motives were completely earnest. In fact, with my entire career toeing the line between pop culture and humanitarian work, this shit is straight up my alley... Id love to get involved.

One of the best things said was that they wanted to spread the message that, "being informed is cool," and being an ignorant, narrowminded dumb motherfucker is not.

Much respect!
Posted by Brian Liu at 11:23 PM No comments:

Last night, at new DC dinner/drinks hotspot Marvin, ToolboxDC spoke to a sold out crowd of approx 50 (mostly) graphic designers on inspiration, attitude, lifestyle, DIY, and how to have a professionally satisfying creative career in DC.

The ubiquitous Philippa Hughes of the Pinkline Project moderated the all-star panel of Brian and Nick from Toolbox, Jayme McLellan of Civilian Art Projects and David Fogel of Eighty Eight D.C. Rather than a straight lecture or portfolio strokeoff, a nice informal "conversation" and frank exchange of ideas was had between all the panelists and curious audience members. After the panel, Nick and I both had the pleasure of finally meeting fellow local designer Monica Bussolati, whose path we've never seemed to cross for some reason.

Thanks again to all the panelists, audience members, and to the AIGA for all the love.
Posted by Brian Liu at 3:48 PM No comments: